ANGULAR VS VUEJS: A COMPLETE COMPARISON 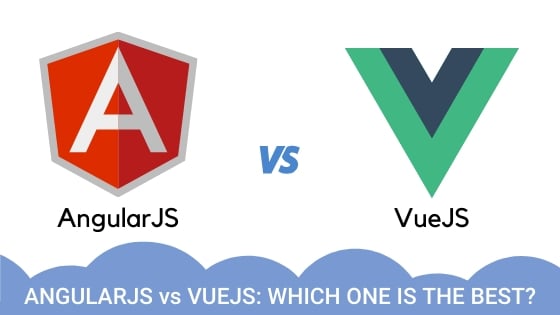 ANGULAR VS VUEJS: A COMPLETE COMPARISON

ANGULAR vs VUEJS: WHICH ONE IS THE BEST?

Complete comparision between AngularJS and VueJS

One of the most significant decisions to make while developing a new application is which front-end technology will serve best? The JavaScript frameworks are quite popular when it comes to some of the biggest tech giants making the most of their benefits during web application development. Because there are so many frameworks available, the web app developers always need to be sure about their choice.

This ever-evolving and the technology-efficient world need web application developers to develop an interactive web application for different businesses. Regardless of whether you are a web app developer or a business owner, your tech guide must be kept handy so that you make better decisions.

Most web application development companies in India increasingly argue over choosing the best tool for JavaScript web applications. In an attempt to solve this confusion we are here with a blog on AngularJS vs VueJS: Which one is the best?

Here, we will compare both these frameworks on multiple factors. In addition, we will also find out what is it that makes these frameworks stand apart and how are they useful in the world of web application development.

Angular is an open-source framework that was developed by Google in the year 2016. It focuses majorly on developing dynamic websites and applications. It is a TypeScript framework that is based on the MVC architecture and falls under the category of MEAN stack. Additionally, it offers a wide range of code editors.

To put this in simple terms, Angular is one of the heaviest and highly functional frameworks having a steep learning curve. Therefore, to get the best functionality of this framework while creating dynamic, large scale and real-time applications, it is necessary to hire angular developers.

Until recently, Vue has been emerging as a very popular framework that is being increasingly used for front end development while facilitating faster and error-free performance. Developed in the year 2014, Vue promises to offer higher customizability and user-friendliness for the new learners.

It is based on the Virtual DOM architecture since it is capable of focusing a lot more on the application features as opposed to writing lengthy codes. In addition, Vue also enables server-side rendering while boosting the page execution on the client-side. This eventually ends up in offering a highly rich user experience.

DIFFERENCES BETWEEN ANGULAR AND VUE

Coming down to a final choice between the two, it can be said that both Angular and Vue can be used in the web development of robust applications. Where Angular requires a team of expert developers to create a fully integrated app in lesser time and cost, Vue can be handled by beginners as well and does not a team of experts.

Both these frameworks come with their own set of advantages and disadvantages. Choosing the right framework is finally dependent on the requirements of the developer and the project.