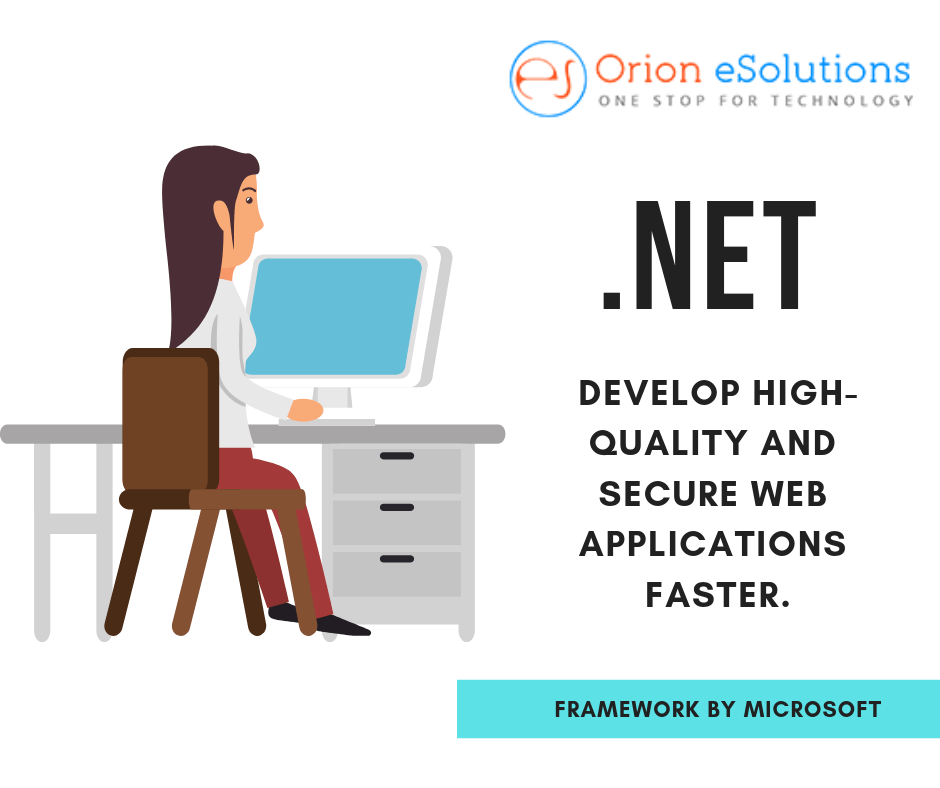 What is Dot Net?

Which are the earlier and the latest versions of .Net?

In 2002, the first version of the .Net framework was released, and it was called .NET Framework 1.0. Since then it has come a long way and the current stable version is .NET Framework 4.7.2.

The current stable version for  .NET Core is 2.2.

The current version of .NET Framework features many cryptographic improvements, better support for ZIP archives for decompression, and additional APIs for collection.

Can I use .Net while developing Angular.js applications?

Yes, you can use .Net Framework while developing Angular.js applications. To start a Angular project with .Net you need to consider few things.

What should I choose to develop my application: .Net Core or .Net Framework?

What kind of applications can be developed using .NET framework?

There are wide range of applications that can be developed using .Net. Applications such as a responsive and interactive website, mobile apps, web apps, desktop applications, IoT applications and so on.

.Net can be used to develop web applications which can range from simple HTML website to enterprise applications that can run on local as well as remote networks.

Here are some robust web applications which we have developed for our clients:

1. Renteasy – It is a platform where people in Hong Kong can buy and rent properties easily.

2. Ancestory – It is a platform where people try to discover their ancestors.

With .Net you can build rich native apps using C# across iOS, Android and Windows while maximizing code reuse.

.Net enables you to develop windows form-based applications which are data-centric and modern line of business (LoB) applications for common day to day tasks like Microsoft word. These applications consume the services provided by Windows OS.

They help in interacting with objects over the internet. With .Net you can create web services based on industry standards like XML, SOAP and WSDL.

With .Net you can develop 2D and 3D games for desktops, mobiles and consoles.

With .Net you can create IoT apps with native support for the Raspberry Pi and other single-board computers.

Which platforms have support for .NET Framework?

Initially when .Net was launched only windows platform used to support .Net. But today linux and apple environment also supports .Net core framework, a framework which consists of runtime, library, and compiler components.

Whether you are working in C# or Visual Basic, your code will run natively on any compatible OS. There are different .Net implementations that can be used for websites, servers, console apps, mobile apps, services etc.

.NET Core is a cross-platform .NET implementation for websites, servers, and console apps on Windows, Linux, and macOS.

Xamarin/Mono is a .NET implementation for running apps on all the major mobile operating systems.

What all languages are supported by .net framework?

C# is a simple, modern, object-oriented and type-safe language for programming.

Visual Basic is an accessible language for building type-safe, object-oriented applications with a simple syntax.

Which industries are widely using .NET?

Today majority of the industries are using .Net for their infrastructure development. Be it automotive to Banking and Finance, or infrastructure utility companies, you will find .Net being used in almost every industry.

However, looking at top industries that use .Net we find that Software and Information Technology companies lead the way when it comes to using .Net for development purposes.

These are followed by Health Care, Financial Services, Marketing and Advertising, Internet, Education and so on. The reason behind Software and IT companies being the top most users of .Net can be presumed to be the affinity for other Microsoft technologies and the security benefits that it provides.

What are some popular applications developed using .NET?

Godaddy is the most popular hosting service provider uses .Net for MVC.

Dell being one of the top PC makers & distributors uses .Net for its website.

Being the creator of .Net uses it for MVC in its website.

Mindtree is one of the leading IT consultancy firms in the world which uses .Net for developing and maintaining its website.

Do all IT software service companies in India provide support for .Net framework development?

Majority of the software service providers in India provide support for .Net framework-based development. Industries have been divided into Tier-1, Tier-2, Tier-3 model where these tiers have been created on the basis of the CMMI or the capability maturity model.

Tier 1 companies are those which have capability to conceptualize, design, develop, build, test, deploy and provide maintenance support for .Net applications.

Tier 2 companies provides some capability where they might offer services in development and testing but may not offer deployment or maintenance services.

Tier 3 companies offer services which are bare minimum and can restrict themselves to conceptualizing, designing and development aspect of application development in .Net

What are the things to consider while choosing a .Net development company?

A contract can bind the company to complete the project as specified in the contract. As their reputation is at stake, they are obliged to provide the best solution.

While there are a lot of programming languages out there for all the possible use cases the major problem with the majority of these languages is that they are good at only one use-case.

Programming languages like ruby, python, scala, nodejs, and others have specific use cases. The main advantage of using .Net is that it can be used for a wide variety of use cases.

It becomes very hard for a developer to learn different languages to solve a broad set of problems. The main advantage with .Net is that it can be used to develop a wide variety of applications.

With .Net now a cross-platform and open-source framework there is no limit to what you can do with it. With continuous improvements to its features and its ability to create complex applications much faster than any other framework, it has become the prime choice among enterprises for their application development.

Now that you know all the advantages of using .Net you might need a software company to develop your application. It is advisable to keep all the points mentioned above in mind while considering hiring a .Net development company so that you end up with the best company which not only provides the best rates but also provides quality services in time.