DOT NET vs. JAVA: Which one is best for Web Development? 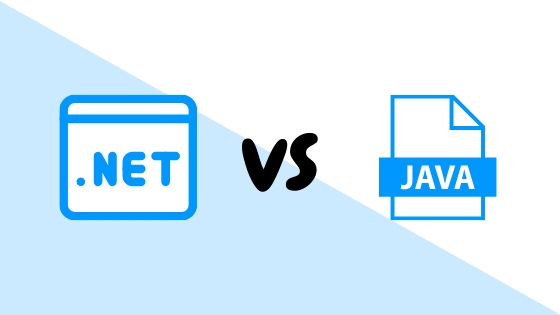 DOT NET vs JAVA: WHICH ONE IS THE BEST FOR WEB APPLICATION DEVELOPMENT?

When it comes to a comparison between DOT NET vs. Java, there is mostly a great enthusiasm amongst the Java and .NET developers. Since both of these languages are pretty famous in their own ways, it can become increasingly difficult to choose which one is the best as a good web application development tool. Both of these technologies can be used to make high-quality intuitive business applications.

DIFFERENCES BETWEEN DOT NET AND JAVA:

DOT NET: Fundamentally considered as a framework, Dot net mainly focuses on windows and supports multiple versions of .net languages such as C#, VB.NET, C++, etc. In addition, it also supports various web services by default since it is built-in.

JAVA: The Java IDE offers a code editor, compiler debugger and many elements such as Maven which is building the code with much-needed ease. Additionally, there are a few IDEs such as NetBeans, IntelliJ, Eclipse IDE that help in making the development process a lot better. These platforms are user-friendly so even beginners can start using them without facing any problems.

DOT NET: The Visual Studio is well integrated with .net and includes features such as the language-specific environments. Dot Net IDE plays the role of being a single workspace with multiple document interfaces that help in development activities such as compiling, editing, etc.

One of the major features of IDE is the fact it provides creation facilities at design time. This not only helps in saving the development time but speeds up the development process as well. Also, this helps in customization of the appearance and behaviour of applications using different macros.

JAVA: Some of the factors that dictate the overall performance of Java are:

DOT NET: Some of the factors that dictate the overall performance of .NET are:

JAVA: A major disadvantage of Java is the fact that it comes with compromised security in platform-agnostic solutions. Moreover, although the multi-platform makes Java special, it also tends to make Java slower.

DOT NET: A disadvantage of .Net is the fact that it is only available for the entity framework which limits the object-relational support. Also, the managed code runs much slower as compared to native code in this framework. The developers are majorly dependent on updates, features, and enhancements on Microsoft.

SIMILARITIES BETWEEN DOT NET AND JAVA:

In conclusion, in the comparison of Java vs. .NET, no particular language is superior to another. When it comes to choosing one between the two, it completely depends on the skills of the developer and the requirements of the project.

Therefore, the best way to go about this is by analyzing the requirements and then moving ahead. The final objective is to check the operational efficiency of a business. Therefore, checking the preferences will help the most in finalizing a language.