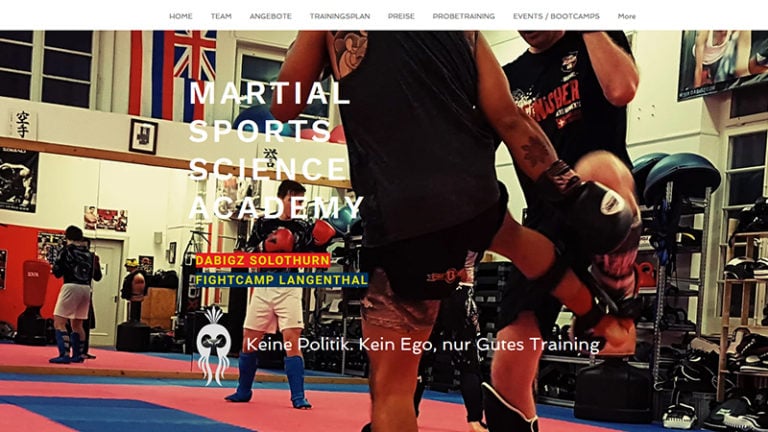 The Martial Sports Science Academy was established in 2012 by Husband and Wife Dutch and Diana Farinas. Both accomplished martial artists and World Karate Champions. The Academy is the home of the most decorated Karate Team in Solothurn – Swiss National Champions, European Champions, US National Champions, K-1 U.S. Kickboxing Champion and home away from home to the best MMA Team in Asia the renowned TEAM LAKAY. The Academy is also the headquarters of the World Krav Maga Federation (WKMF) Switzerland and to the  Mixed Martial Arts Association of Switzerland (MMAAS).